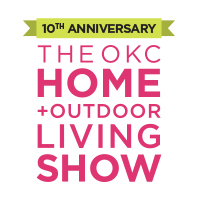 Stand with Oklahoma City - Join us in support of local businesses.

Search for experts from your own home. Find store and contact information. Even email companies directly for more information.

The Mattress Firm story began when a single location in Houston, TX first opened its doors in 1986. From the very beginning, the company set out to be a different kind of mattress retailer, focused on creating a unique shopping experience. By 1994, Mattress Firm had added several new locations throughout the state of Texas.

Mattress Firm grew exponentially, adding new corporate stores and franchise locations at a remarkable pace. By 2002, the company owned and operated approximately 250 locations across North America and was considered the second-largest independent retailer in the country.

Mattress Firm has continued its remarkable growth ever since; we currently operate over 700 stores in many cities across the country with a strategic growth plan in place to grow from coast to coast and border to border.

What began as a single location in 1986 has grown to become one of the largest and most successful specialty bedding companies in the world.